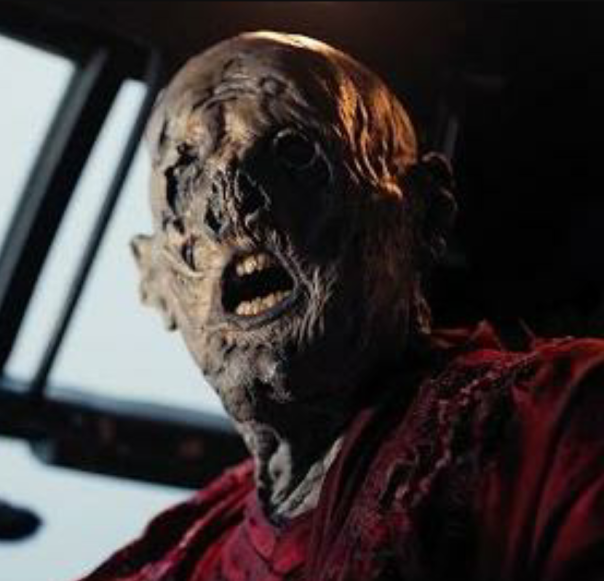 So there’s some debate whether this is a 3 parter or 3 single stories or even a single story followed by a 2 parter but to me it feels like a 3 parter. The classic series did this a few times (Seeds of Doom with its 2 part prologue and Invasion of Time with its sudden change of adversary for it’s final 2 parts spring to mind) as did Russell T Davies back in 2007.

The opening episode is probably the one I enjoyed the most, a nice creepy episode with a intriguing premise of a killer document. Nardole continues to get some development and he works so well with Bill as he works out they’re in a virtual reality. It’s a 21st century version of The Android Invasion (without the ginger beer! ) and The Doctor’s solution to realising is to email his real self. It may feel to some like a waste of a episode but who cares when it’s this good.

The Missy flashbacks are interesting enough though her being in the vault was the most obvious answer and It’s interesting to see Nardole following The Doctor after River’s death to act as his conscience probably at her orders.

The Monks feel like a good creepy threat at first but then just feel like they kind of go nowhere. Their plan is to take over by getting a human to consent but it can be undone by killing the human so they let the human wander around, clearly one of the most incompetent invaders Earth has faced! It’s a shame as it feels like there’s a decent story buried here. The apocalyptic end of world scenario that nearly ends life is a good bit and I liked the character of Erica and would’ve preferred more of this and it’s a shame she wasn’t part of the eventual fight against the monks.

Not sure about the regeneration fake out scene, The Doctor testing Bill to ensure she’s not under the monks influence is fine but pretending to regenerate as a cheap truck just doesn’t feel right to me

The scenes with Missy and The Doctor are wonderful, you get a real sense of their relationship both past and present. I know a lot of people have a problem with The Master now being female but Missy is my favourite incarnation by far

Ultimately this was a fun story but felt quite inconsequential but all the regulars were as great as ever and it looked great. Think there may be potential in doing something more with The Monks